A woman scorned is a dangerous woman. Greer Patterson always felt like an outsider. Loathed by her step mother and half siblings for being the green eyed, fair skinned product of her black father’s affair with a white woman; she’s never truly felt loved by anyone except her father and husband Michael.

When Greer’s life as she knows it comes crashing down after discovering her husband’s torrid affair, she decides to take matters into her own bloody hands. Soon, after sending Michael to his untimely death and framing his mistress, she begins feeling something she’s never felt before…powerful. Now, with a new found confidence and the freedom, if she can stay out of jail, she’s determined to stop anything and anyone from standing in the way of true love again!

Greer Patterson is back after narrowly escaping death by the hands of a trusted loved one and she’s MADDER than ever! In every sense of the word. Now, she’s awakened with a renewed hunger for punishment and retribution. Realizing that it’s no longer simply the love of her new beau that requires protection, the span of her scope has been vastly extended. If you thought you knew what crazy in love looked like before, you ain’t seen nothin’ yet! 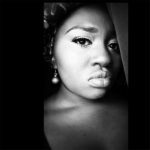