Fans of fairytale retellings and the bad boy your ship has come in. Commence to stan! We were able to get the inside scoop and the run down on a wonderfully diverse collection of novels being released today. Check out this interview with Siren Allen, the coordinator of the ten book series Once Upon A Villain. From Gaston from Beauty and the Beast to The Pied Piper get acquainted with the bad guy. 10 books, 10 authors, 10 fairytale retellings, 10 bad boys to love.

How did this idea come about?

A few years ago, author Kassanna did a fairytale series that I participated in. While writing my story for that, I begin wondering what would happen if we told those same stories from the villains’ point of view. I brainstormed with author Carolee Samuda and ultimately “Once Upon A Villain” was born. Villains need love, too. And this series allows them to have a second chance at life and love.

What made you pick the particular authors involved?

Actually, I posted a sign up and the nine authors who are part of the series are the ones who signed up. Later, other authors asked to get involved. So next year, we will have a season two of the villains. Who knows? There may even be a season three. We’ll see.

What sub-genre of romance can we expect from each book?

They are paranormal romance. Some historical. Some modern day.

How important is diversity to you in your stories and in the literary world?

Very important. Representation matters. In this series, you will find AA couples, BWWM couples, AMBW couples and BMWW couples. There’s a little bit of everything. There’s something for everyone. It’s nice to be able to read a book that has main characters who look like you.

How long did the process take from beginning to end?

We’ve been working on this all year. Every couple of months we had a different task to complete. From getting our covers done, to writing blurbs, to coming up with taglines. We set a date to have certain things done so we could all stay on track and meet our final deadline. These ladies were amazing to work with. I love how well they worked together to help each other and me out.

Tell us about your villain and the synopsis of your book?

My villain is Gaston from Beauty and the Beast. But with a twist. Yes, he’s handsome, cocky and charming… but he has a dark secret.

For him, love isn’t an option.
Years ago, Gaston Dufort made a deal with a wizard. In exchange for good looks and a charming personality, he gave up the ability to fall in love. To him, love isn’t important. Love makes you weak. There’s no room for love in his life. That’s why he didn’t hesitate to give it up in order to gain something more important. Now that he’s the most handsome man in town, he wants the most beautiful woman by his side, Belle. When she chooses a beast over him, Gaston becomes enraged.

No matter how hard he tries, he’s unable to defeat the beast who stole Belle from him. However, a second chance comes to him in the form of a witch by the name of Celeste Dubois. Celeste says a spell that rewinds time and grants him another chance to claim the female he wants and defeat the beast. Unfortunately, his plans go awry when he runs into a devious witch by the name of Addasyn Grimm.

With her, comes chaos.
Addasyn Grimm is nothing like his Belle. For starters, she wants him dead. Plus, she’s a wild beauty who doesn’t follow the rules of society. Worse, she sees past his façade. She can see the real him. The side of him he hates and tries to hide from everyone. Addasyn sees it and she’s not put off by it. She prefers it over the charming, handsome side everyone else sees. But, there’s nothing gentle about Addasyn. She’s not a damsel in distress who needs him to save and protect her. Yet, Gaston finds himself wanting to do all those things for her, while all she wants to do is right the timeline and end his existence. Though he tries to fight it, he can’t help falling in love with the witch who hates him.

He only has one chance to get things right. Only one chance to live the life he’s always wanted. Will he pursue Belle and get his revenge against the Beast? Or will he break his deal with the wizard and become a beast to be with Addasyn?

Did each author choose their villain, or did you already have villains in mind?

They all chose their own.

Will a portion of all the book’s profits go to you seeing as it was your brain child?

No. Each author was responsible for their own covers and own editing. Therefore, their profits are all theirs.

What made you want to collaborate with other authors on this series instead of making a series of books under your name?

It’s fun. And by cross promoting each other, we all reach more readers and new to us readers.

Was each author responsible for finding their own editor and book cover, or was that something you already had previously determined?

Yes, they all found their own editors and cover artists. However, some of the authors in the group are cover artists and editors, so that made it easier.

What has the reader feedback and anticipation been like for this project?

Wonderful. Readers love fairytale retellings. Especially those that feature diverse characters. The readers seem excited, which makes us even more excited about this awesome series.

Can we expect more projects like this from you?

Later this year, me and a group of authors will be releasing the A Very Alpha Christmas series. Some of these stories will be contemporary and some will be paranormal. There will be something for everyone in this series.

What is next for you after this project?

I have two Christmas books coming out. One is part of the, A Very Alpha Christmas series. This series features a group of amazing authors who are all writing holiday romances centered around alpha males. I can’t wait for you all to read each of these amazing stories. The second Christmas story is part of the 12 days of Christmas series which is a series put together by Kassanna Dwight.

~The villains are here. ~

What would happen if your favorite villains had a chance to rewrite their destiny? Would they change for the better? Or would they continue with their wicked ways? Find out on September 13th when ten authors release ten tales featuring some of your favorite bad guys and girls.

Something wicked this way comes!

Collect all ten villains in the Once Upon A Villain series. Each book is a standalone and they do not have to be read in order.

Click below to enter the two amazing giveaways from “I Love Diverse Romance”. Enter both to win free books and other awesome prizes: 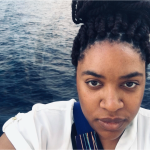